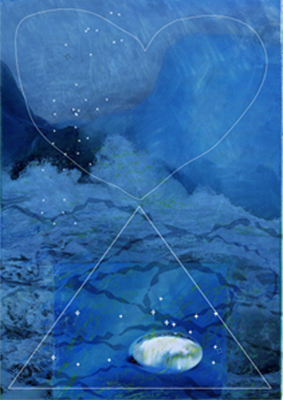 WILD IDEAS … musings for the mind, food for the soul.

Last month, in the space of one week, I received sad news about the deaths of two friends. At the funeral of one of those friends I ran into Susan. Two weeks later her husband died suddenly of a brain embolism. Sometime in the coming weeks I expect another friend to die, after losing her courageous battle with ovarian cancer. And just last week, I found out that two more people I know have been diagnosed with breast cancer.

For most of my life, I have had only sporadic contact with death or life threatening illness. I lost my grandparents, of course, but I was so young I didn’t really understand what it was all about. My mother died when I was in my twenties, but in many ways I saw her untimely death as a mercy. Certainly, I did not identify with the destructive choices that had brought her life to a premature end. During my forties, a colleague died suddenly from a rare form of liver cancer. I felt deeply sad that I hadn’t had the chance to tell him how much he meant to me before he died. But I was still young, healthy, and surrounded by people living vibrant, interesting lives. It was easy for me to dismiss or totally ignore the deeper meaning of this and other losses—that life is fragile and temporary.

The point of no return.

Most of us begin to consciously think about our own death when we realize we have fewer years of life ahead of us than years of living behind us. But awareness of mortality can happen at any time we are confronted with an event or an experience that reminds us of our human frailties and limitations. Sometimes physical signs of aging set it off (graying hair, wrinkles, diminishing energy, memory loss); at other times the trigger is psychological (loss of a loved one, children leaving home). Almost certainly, an unexpected traumatic event brings the prospect of death to the forefront (natural disaster, accident, chronic illness). 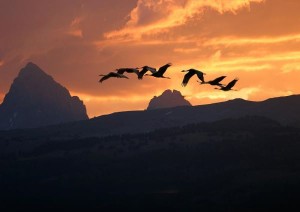 Typically, we glimpse our mortality, not in a single dramatic moment, but in a series of slow, almost imperceptible messages that gradually make their way into our consciousness. If in the past I have failed to hear the quiet knock of Death’s messengers, this recent tide of departures has certainly awakened me to their jolting presence now.

The mystery that surrounds the dying process is something that is particularly feared in the Western world. Without ritualized ways to integrate the experience of death into the day-to-day process of living, we tend to cope with our anxieties about the unknown by avoiding the subject. To some degree we are all in denial about death, especially our own.

I am reminded of a story told by the Brothers Grimm . . .

One day, as Death traveled the countryside on business, he was attacked by a gang of thieves and left beaten and bloody by the roadside. A young man came by and seeing the old man in distress, stopped to help him. When Death recovered, he thanked the youth for saving him and said, “Although I cannot spare you entirely, because you have helped me, I promise to send messengers to warn you before I come, so you can prepare yourself.” 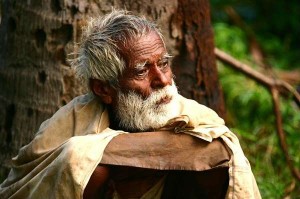 And when the two parted, the young man went whistling down the road, barely cognizant of the significance of his encounter with Death. “What a kindly old man,” he thought to himself.

And so the youth returned to his village where he eventually married and prospered. Some years passed. One day, the man, no longer a youth, fell ill with fever. Though the doctors feared for his life the man was unafraid for he remembered Death’s promise to warn him. Sure enough, he recovered and continue to live happily.

Then, sometime later, the man fell ill with dizziness and weakness. Although miserable, he felt certain he would recover because Death had still not sent him a messenger. And again, the man’s confidence prevailed. He recovered and went about his business.

The years continued to pass and the man saw many of his friends and neighbors go off with Death while he himself bounced back from several more bouts with weakness and fever. One day, while the man was resting after his noon meal, someone tapped him on the shoulder. It was Death. “I have come for you,” he said.

“But you gave me no warning!” the man vigorously protested.

“No warning?” Death defended himself. “Did you not burn with fever? Were you not plagued by weakness and pain? Did you not see me take those nearest and most precious to you? I sent all my proudest messengers and now I have come for you as I promised I would.”

Finally, the man recognized that it was indeed his time and he went peacefully away with Death.

Confronting mortality is the defining challenge at midlife.

Heeding Death’s many messengers gives us the chance to reevaluate our lives while there is still time to adjust our course. A difficult but necessary task at midlife involves acknowledging the “death” of our youth. The aging process asks us to relinquish the immortal consciousness of our younger self so we can prepare, not just for life’s eventual end, but for a richer, more meaningful life in the time that we have left. 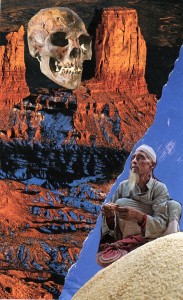 When we enter midlife unaware of the psychological tension between fading youth and approaching death, it can express itself through the body as unexplained aches and pains, fatigue, moodiness and melancholy, or get acted out in a never ending flurry of attempts to stem the tide of mortality. We are all familiar with some of the classic clichés that herald the arrival of midlife crisis: affairs with younger partners, divorces, extravagant expenditures on sports cars and endless rounds of cosmetic surgery.

But there is another alternative to getting caught up in our culture’s youth obsessed attempt to control the march of time. In the Buddhist tradition of mindfulness, we can make a conscious inquiry into our approaching mortality and, in so doing, gain valuable insights that empower us to make changes that will bring our lives into alignment with values that more accurately reflect who we have become after a lifetime of hard work and accomplishment.

Alternatively, if we have failed to achieve our youthful dreams, this same accounting enables us to mourn our losses, regroup, and reapply our energies to something new.

As we trade the heroic certainties of youth for a more vulnerable, ambiguous, and complex view of life, we are forced to recognize the reality of limits and inevitable decline. But along with these sorrows comes the wisdom to cherish that which is ephemeral and the compassion to forgive our youthful hubris.

How can I live the rest of my life more fully?

Reevaluating our priorities at midlife can be an exciting but confusing time. We may want to let go of the old, but the grief of letting go—not to mention, the uncertainty—can be emotionally challenging. Contact me for a complimentary 20 minute consultation to find out how Body-Centered Healing can help you navigate from one stage of life to another. Read related post: Questions to Help You Reflect On The Passing Of Youth.

This entry was posted in Aging, Death, Midlife Transition. Bookmark this post.

3 thoughts on “Death And The Inner Journey”

This site uses Akismet to reduce spam. Learn how your comment data is processed.